Spirits love to attend special events, but I never expected to see them at the Air Show.

The Spirits surprised me with their presence at the 2015 Joint Base Andrews Air Show at Andrews Air Force Base.

Jolly Spirits laughed and waved their arms in glee while hanging out on top of the huge cargo planes by Hangar Two.

The giant planes possess a high Spirit attachment, but no sadness surrounded them on this day. The Spirits eagerly anticipated the air show and their joy was contagious.

Besides the happy Ghosts on the cargo planes, I received two additional unexpected visitors. Sid, my late father-in-law, appeared as I watched the World War II airplanes flying in the show. Sid was a retired Air Force Colonel and he began his career as a pilot on the airfield during the attack on Pearl Harbor. Sid has been gone for many years and I gratefully accepted his visit and reminder of his service.

He truly enjoyed watching the show. 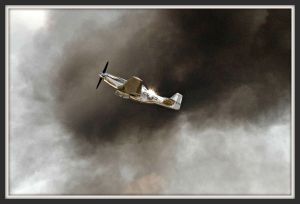 The other ghostly attendee may be surprising to some, but due to information I recently received, it wasn’t a surprise to me.  I’ve been working with General Dwight D. Eisenhower and I’ve written a chapter about him in my book, Presidential Souls.

I know the secret as to why he was in attendance at the Air Show, which is revealed in the book.

Despite being sunburned, hot and tired of waiting in the long bus line after the show, the smiling Spirits kept me entertained. They continued to party, perched on the giant planes, as they cheerfully waved goodbye.

The Air Show was a day to be remembered. Be comforted in knowing that your friends, loved-ones and fallen comrades were with you. They proudly watched the incredible Air Show and participated by cheering, waving and standing by your side.